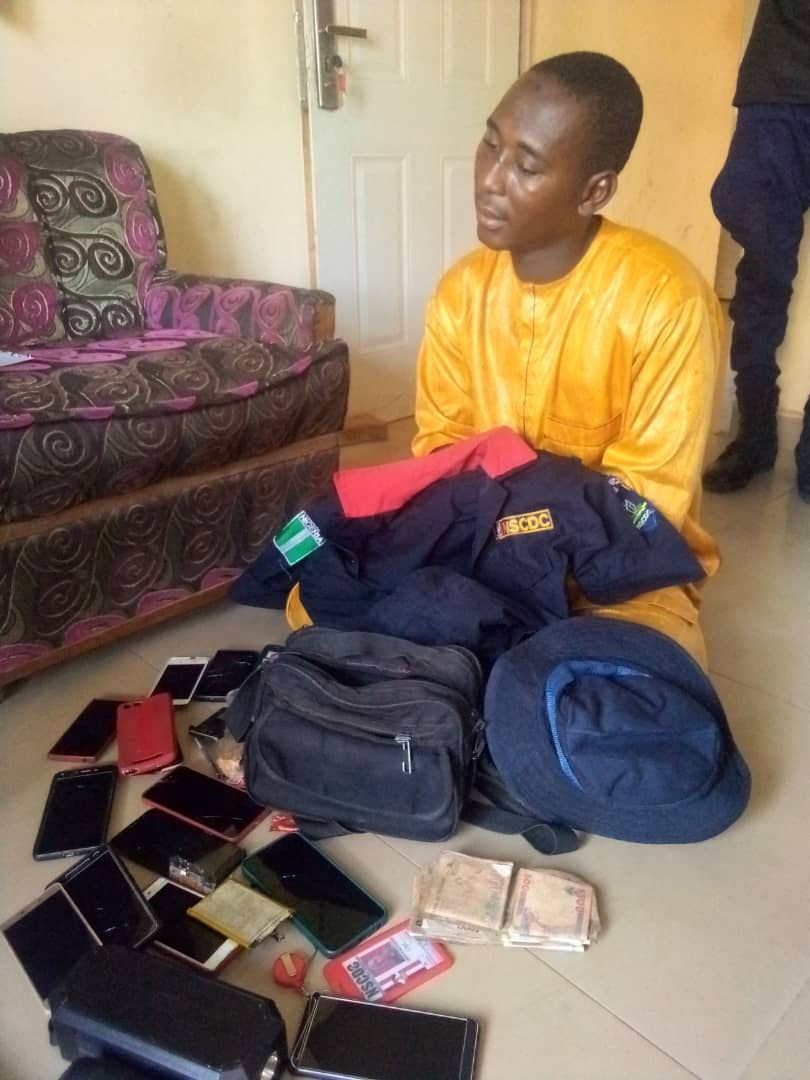 The Nigerian Security and Civil Defence Corps (NSCDC) Kano Command, says it has charged to court one Umar A. Alhassan for the alleged criminal extortion and impersonation committed against a passenger while travelling from Lagos to Maiduguri, Borno State.

He said Alhassan, 31, a resident Unguwar Rimi, Kumbotso LGA of Kano State claimed to be a Staff of NSCDC and tried to enforce the victim to sale his handset to him at the cost of N20,000 while the market value of the phone is N80,000.

When the victim refused, the suspect requested the sum of N10,000 as payment of his bail.

The parent of the victim sent the sum of N5,000 through account number of the suspect, which he refused to that lead the attention of the police,”

He reavealed that the suspect was arrested and consquently handed over to NSCDC, for investigation and prosecution.

The PRO further said the items recovered from the suspect include: 12 different types of handsets; Two MP radio, Cash of N35,945; NSCDC ID Card with Umar A. Alhassan with Service No. 31328 ; Blood group O+ and Rank CA III.