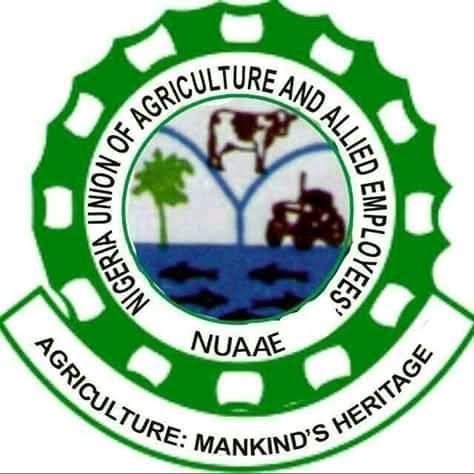 The National Union of Agriculture and Allied Employees (NUAAE), Hadejia Jama’are River Basin Development Authority branch (HJRBDA) has disassociated itself from a rumour making the rounds on social media platforms that the union has filed in a suit against Dr. Saeed Aremu, the Honourable Minister of Water Resources and Managing Director of Lower Niger River Basin Development Authority, to Industrial Court sitting in Akure, Ondo State.

This, according to the union, is an attempt to create a reputational discomfort and it’s at the instances of mischief makers.

In a statement that was jointly signed by the Chairman and Secretary of the Union, Comrade Sani Y. Danladi and Comrade Salisu Umar Gano in Kano said The branch is not aware of the ill and negative development and was not consulted by either Kano State Council, the National body or even the FMWR / RBDAS trade group forum before taking the unfortunate decision.

The statement revealed that “The National Union of Agriculture and Allied Employee (NUAAE), Hadejia Jama’are River Basin Development Authority branch ( HJRBDA ) is therefore not a party to anything that tarnished the image of what we know and refer as very important personality”

“We, therefore, call on the national body of our great union ( NUAAE ) to withdraw this case from court and revert to the negotiation table with a means to resolve the issue amicably” the statement added.

The Body also advised the Lower Niger Basin Development Authority branch of the union and indeed the Kwara State Council that Unionism is now dialogue and diplomacy.

The Union also called on the National President of NUAAE, Comrade Simon Anchever to do whatever is humanly possible to resolve the issue and also call the Kwara State Council to order.