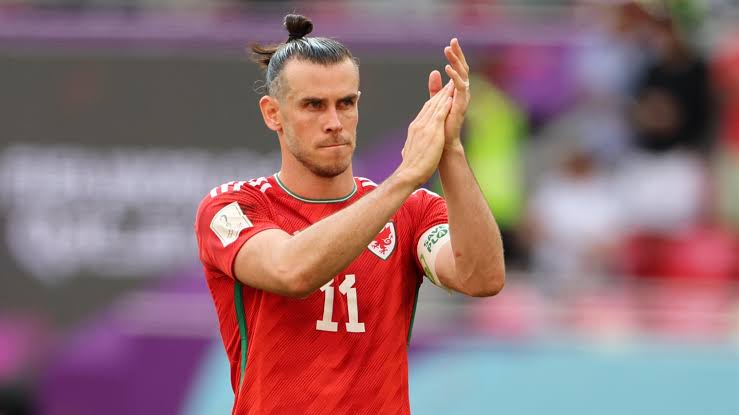 Earlier today the Wales speedster who was once one of the most exciting players to watch in the world made the announcement on his verified Facebook page.

In an emotional message Gareth who was loved by many for being a dedicated and humble player had warm words for all those who played a part in his career in one way or the other.

Gareth says : “I feel incredibly fortunate to have realised my dream of playing the sport I love. It has truly given me some of the best moments of my life. The highest of highs over 17 seasons, that will be impossible to replicate, no matter what the next chapter has in store for me.”

“From my very first touch at Southampton to my last with LAFC and everything in between, shaped a club career that I have an immense pride and gratitude for. Playing for and captaining my country 111 times has truly been a dream come true”.

“To show my gratitude to all of those that have played their part along this journey, feels like an impossibility. I feel indebted to many people for helping to change my life and shape my career in a way I couldn’t have ever dreamed of when I first started out at 9 years old.”

“To my previous clubs, All of my previous managers and coaches, back room staff, team mates, all the dedicated fans, my agents, my amazing friends and family, the impact you have had is immeasurable.”

“My parents and my sister, without your dedication in those early days, without such a strong foundation, I wouldn’t be writing this statement right now, so thank you for putting me on this path and for your unwavering support.”

“My wife and my children, your love and support has carried me through. Right beside me for all the highs and lows, keeping me grounded along the way. You inspire me to be better, and to make you proud.”

“So, I move on with anticipation to the next stage of my life. A time of change and transition, an opportunity for a new adventure…”

On 1 September 2013, Spanish club Real Madrid announced that they had reached an agreement for the transfer of Bale, signing a six-year deal in a then world record deal.

Bale’s record was surpassed in August 2016 by Paul Pogba’s record fee of €105 million (£89.2 million).Bale was assigned the number 11 shirt at Madrid.