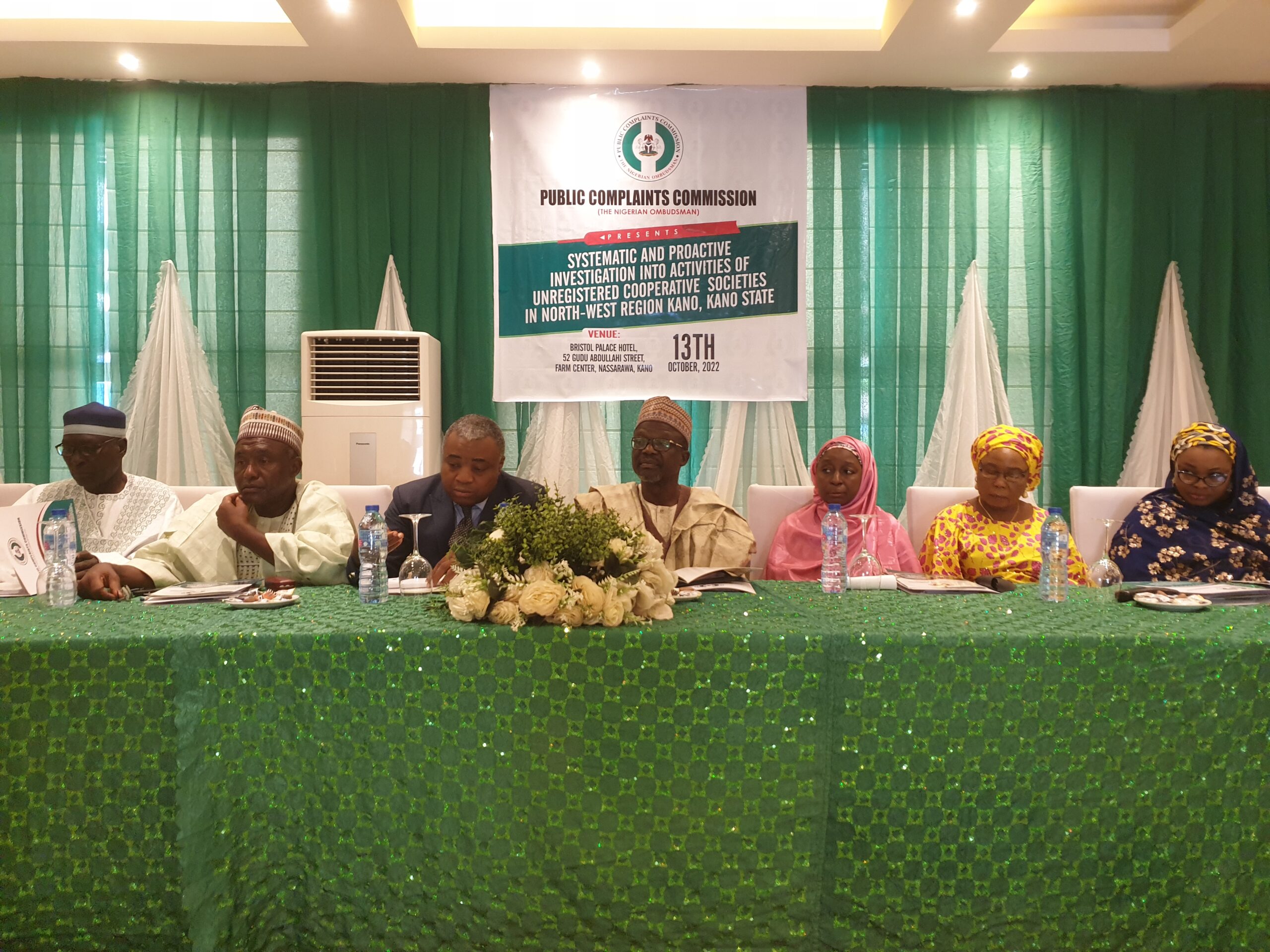 The Public Complaints Commission (PCC) has embarked on a systematic effort to investigate unregistered cooperative societies defrauding the people in the Northwest region.

The Chief Commissioner, PCC, Mr Abimbola Ayo-Yusuf, disclosed this at a one-day town hall meeting with various stakeholders in Kano on Thursday.

The meeting had the theme: “Systemic and Proactive Investigation into Activities of Unregistered Cooperatives Societies in North-West Region.”

Ayo-Yusuf, represented by the Federal Commissioner PCC Kano State, Alhaji Ahmed Ado-Dadinkowa, said the meeting was to discuss the activities of unregistered cooperative societies causing a lot of problems to the country.

“It has also affected our economy for not complying with the rules and regulations of the cooperative societies.

“Our mandate is to investigate, have access to all information, make public report, interpret policies, make recommendations after investigation and prosecute offenders.”

He called on law enforcement agencies, especially the court that had a vital role to play, to help the people involved in this kind of scam in bringing unregistered cooperative societies to the bearest minimum.

Responding on the complaints, the Director Public Sector Investigation PCC, Mr Ewa Udu, urged the cooperative regulatory body to be proactive to stop the scam.

He said unregistered cooperative societies were becoming rampant in Kano, particularly the rate at which people were being scammed.

“The regulatory body has a role to play, it is our duty to make sure they carry out their mandate.

” The Chief Executive of the regulatory body will be held responsible and can be prosecuted for not doing his job.”

Speaking earlier on behalf of the complainants, Alhaji Nafi’u Isyaku-Danbatta, a farmer who represented 4,500 farmers, camplained against National Agricultural Mechanization Cooperative Society of Nigeria over alleged injustice and cheating.

“In 2021/2022 the cooperative introduced us to a well designed poultry farm empowerment programme and requested us to pay the sum of N182,000 each for registration.

“The total amount they collected is N819 million and promised to offer them capital and other related investments.

He said the situation led so many of the victims to bankruptcy, poverty and break-up of their marriages.

Isyaku-Danbatta appealed to PCC to kindly investigate the complaints and take the necessary action.