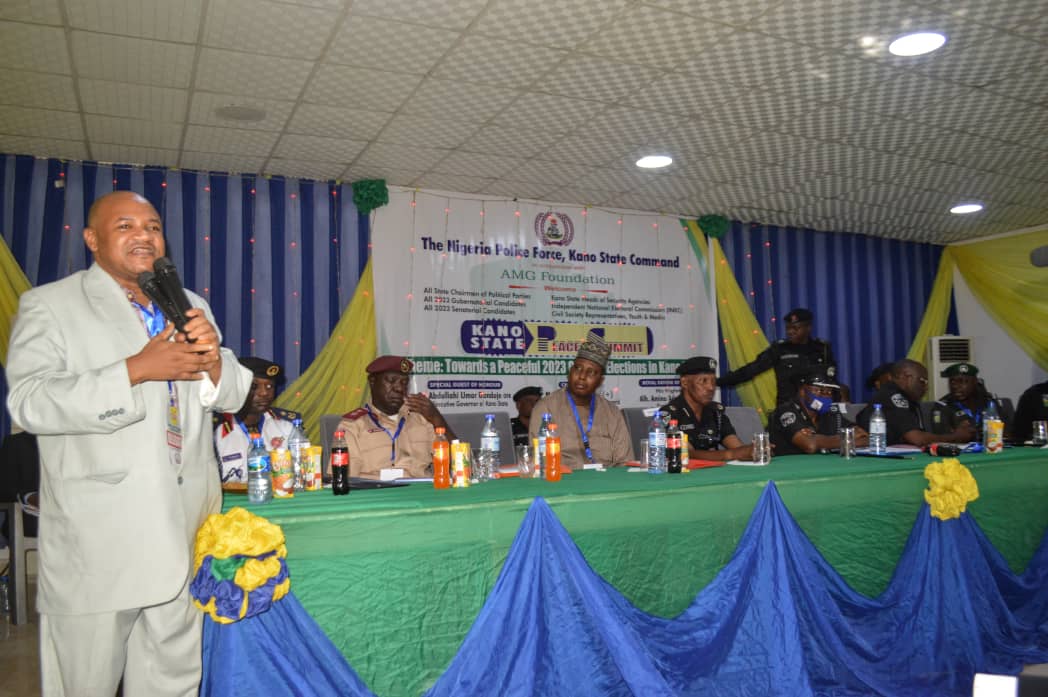 Forward to the 2023 general elections, Civil Society Organizations have called on the Kano police command to set an example by arresting politicians who engage in hate speeches and public incitement to serve as deterrence to others.

The President, Kano Civil Society Forum (KCSF), Ibrahim Waiya made the call during a peace summit organized by the police in collaboration with Aminu Magashi Foundation (AMG) held in Kano.

Waiya said the police must take decisive action against defaulters irrespective of their status if it is serious about bringing about sanity that will translate to peace and stability of the state.

He pointed at instances with the recent unguarded statement attributed to the Majority Leader, Alhassan Ado Doguwa and called for his arrest.

“If truly the security agencies want to address political thuggery in the state, they have to show an example by arresting some of the big shots who are involved in uncomplimentary statements which is threatening the peace and security of the state.

“I made a particular emphasis on utterances of the Majority Leader, House of Representatives, Alhassan Ado Doguwa where he was recently quoted saying “you either vote APC or face the consequences.”

“We requested the security agency to arrest him and make him an example if they want to address hate speeches.

“We have also earlier condemned the hate speeches made by the Chairmen of APC and NNPP.

“So if truly the security agencies want to address political thuggery in the state, they have to show an example by arresting some of the big shots,” Waiya however stated.

Reacting, the state Commissioner of Police, CP Mamman Dauda said, the matter was not swept under the carpet as it is carrying out investigation on the utterances by the politicians.

He added that, the peace summit was organized to bring together all critical stakeholders under one roof to review their roles and responsibilities towards ensuring a peaceful, free, fair and credible election in the state.