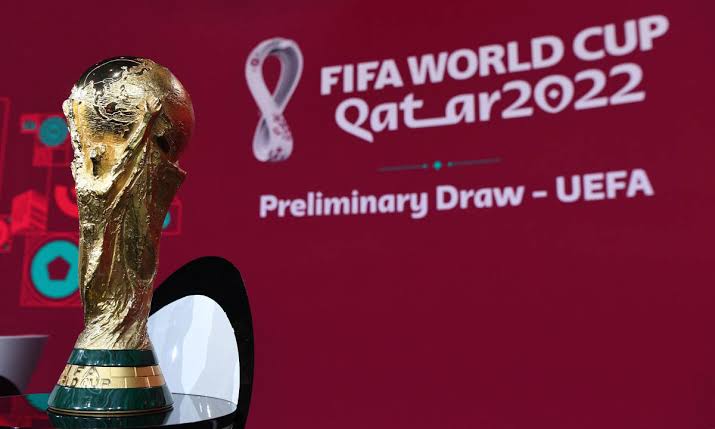 “While under-representation and misrepresentation are decried as the twin destiny of Islam in global television, what is often neglected by studies is the extent to which the contemporary nexus between television, sport and religion is actually providing a platform for both propagation and socialization.” – Prof Musa.

Occurrences and concurrences in the 2022 FIFA World Cup starting today remind me of a paper presented at Islam and Media working Group session during the 2016 conference of the International Association for Media and Research (IAMCR).

The Conference was held from 27th to 31st July 2016 at the Department of Mass Communication at the University of Leicester, United Kingdom where I presented a paper titled “Islamic Ethics and Credible Global Journalism Practice.”

Perhaps it was part of “looking back and looking forward”’ that Professor Mohammed Musa who was then from the Department of Media, Communication and Journalism of the University of Canterbury, Christchurch, New Zealand chose to make presentation on his research titled “Television, Football and the Reproduction of Islamic Identity.”

The Professor noted “new emerging dimension in the nexus between television, sport and Islam” and to him “for sport as television cultural diet has not only provided the medium a global audience but also, in the case of European club football, resulted in a situation where global audiences come into contact with images and doctrines of Islam in several ways”.

Professor Musa’s submission was that “for through the focus on the uniqueness of Muslim or Arabic names among players, the close-up on Muslim players praying before or after matches, the ‘sujud’ or prostration by Muslim players in celebration of victory etc. global television audiences are told a story about Islamic doctrine of the superior being in Islam”.

He considered as a way of disseminating Islamic stance when Muslim players in the EPL resented to wear club jersey because “it advertised ‘haram’ product” which to him was yet another instance of “directing attention of global audiences to the doctrine of clear boundaries in Islam, i.e., the notion of ‘halal and haram’ in Islamic jurisprudence”.

It was the author’s conclusion that “while under-representation and misrepresentation are decried as the twin destiny of Islam in global television what is often neglected by studies is the extent to which the contemporary nexus between television, sport and religion is actually providing a platform for both propagation and socialization”.

Qatar 2022 is a pointer to the manifestation and amplification of what could only be seen and observed through microscopic research eye lens of the likes of Professor Musa six years ago, what Mendel will call “masked recessive character” – a trait that is expressed only when genotype is homozygous.

It is a showcase of the latent and “subconscious exhibition” of what might be seen as surreptitious. It shows how modernity shaped ways of achieving certain goals in an “unconventional” manner including the use of what is acceptable and mundane to score high goals.

As we look back and look forward, we can say that the coast is now clear that the happenings in Qatar 2022 FIFA World Cup open vista of opportunities for researchers to explore critical inquiries especially in the areas modernity, media, communication, history, religion and culture.