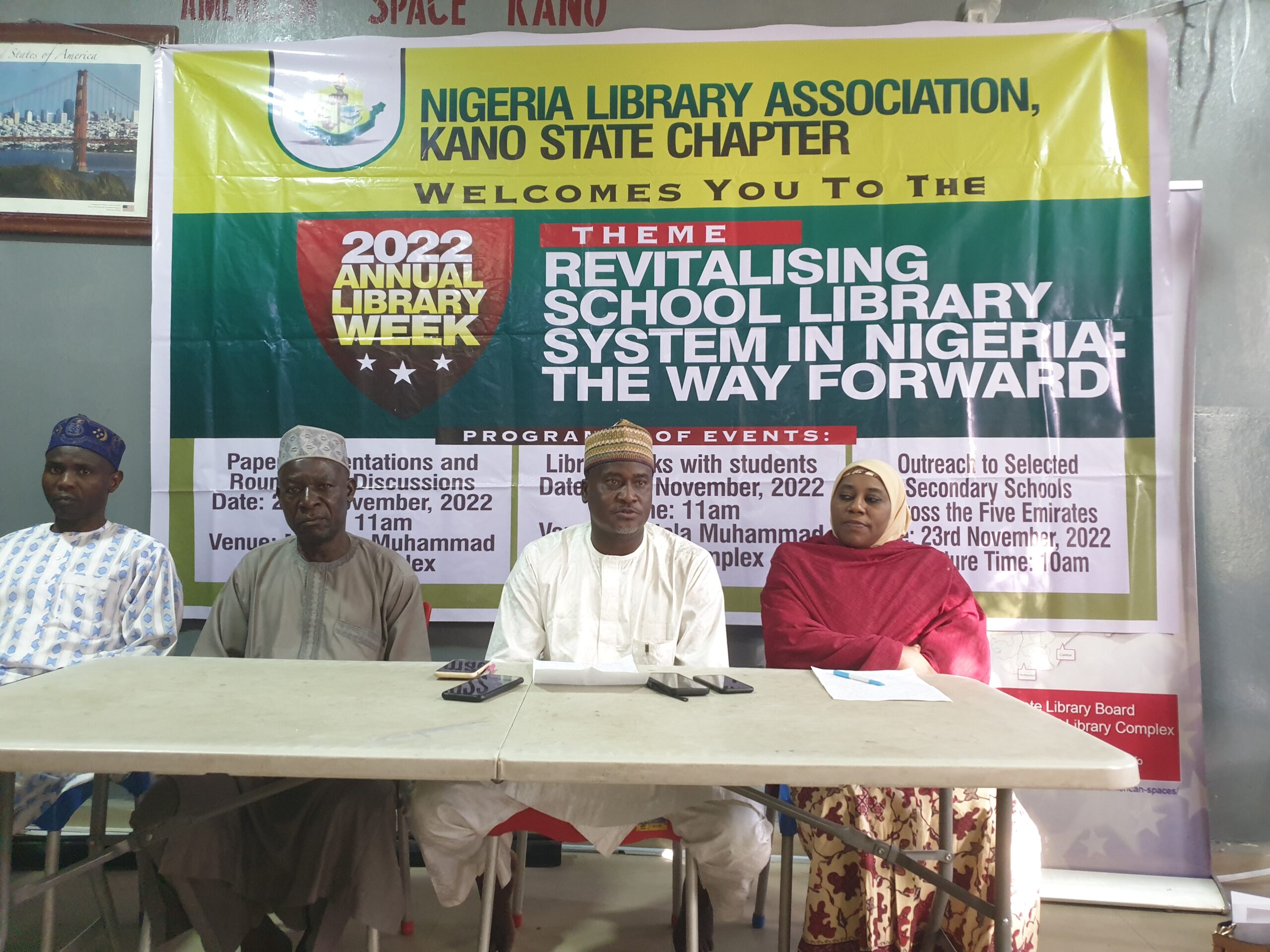 The Nigeria Library Association (NLA), Kano State Chapter, has called on the state government to revive and improve standards of libraries across public schools to promote reading culture among students which is going extinct in the society.

Chairman of the association in Kano, Alhaji Mannir Abdullahi Kamba made the call while briefing members of the media on the activities of the Library Week organized by the Association in Kano.

He decried over the recent neglect of libraries in both public and private schools across the state, describing the challenge as the reason behind the death of reading culture among students which in return affect their performance globally.

“We can recall that in the 80’ss in every secondary or primary school there are libraries, but nowadays such libraries are no longer there, that’s why the association vows to bring back the lost glory of libraries in Kano state and the Nation at large.

“Nowadays if you visit public schools you will found that they have no libraries. The only schools where they exists you will found them dried with no resources, to the extent that private schools are just using their libraries to sell books to students not a place for reading and making research,” he said.

According to him, the aim of organizing Library Week is to create awareness and sensitized the general public on the importance of the Library and to promote the reading culture in Nigeria.

He explained that during the one-week-long activities of Library week, the association has planned to bring experts to sensitize both pupils and students on the importance of utilizing the library, geared towards inculcating reading culture among the younger generation.

“So many factors were behind the downfall of patronizing libraries in Nigeria, among which include Political factors, institutional, environmental, and economic factors Among Others. Our association would not relent in continuous advocacy to relevant stakeholders to ensure that school libraries were revived.”