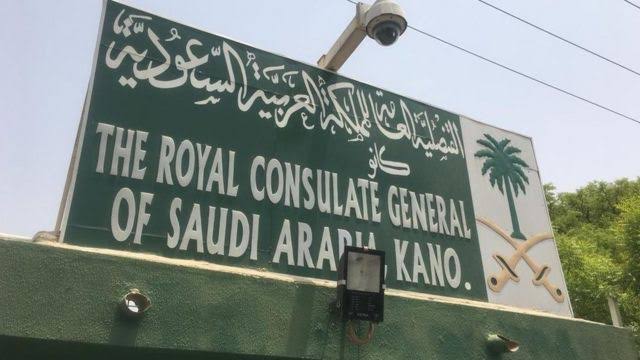 Saudi Arabia‘s King Salman bin Abdulaziz has ordered the transfer of conjoined twins from Kano, Hassana and Hussaina to Saudi Arabia to carry out separation operation at the expense of the kingdom.

In an issuance of Royal Decree to Transfer the Conjoined Twins to Saudi signed by the Public Relations Officer of the Kano office of the consul, Ahmad Idris Yunus said, the attention of the Saudi Consul General was drawn few months ago to the humanitarian case of the conjoined twins which he communicated the issue with the Saudi MOFA and the latter informed the King Salman Humanitarian Aid and Relief Center and subsequently, agreed to sponsor their operation having securing the Kings nod.

“It is worth mentioning that the Siamese twins had spent 7-8 months in National Hospital Abuja without undergoing a surgery due to their inability to pay for it.

“More so, having known the condition of the Siamese twins the Saudi Consul General in Kano, Khalil Ahmad Admawi worked intensively to transfer the twins to Kano after establishing a communication channel with the management of Abdullah Wase Specialist Hospital where the hospital rendered its utmost support and cooperation.”

The statement further said, it is important to state that the twins and their parents spent more than a month in the above-mentioned hospital under the total care of the pending their movement to Saudi Arabia via air ambulance for the operation at the expense of the Kingdom of Saudi Arabia.

Daily Trust gathered that the conjoined twins who are currently in Abuja will be brought to Kano today (Wednesday) for preparations of take off to Saudi Arabia via the consulate Airbus by Thursday.