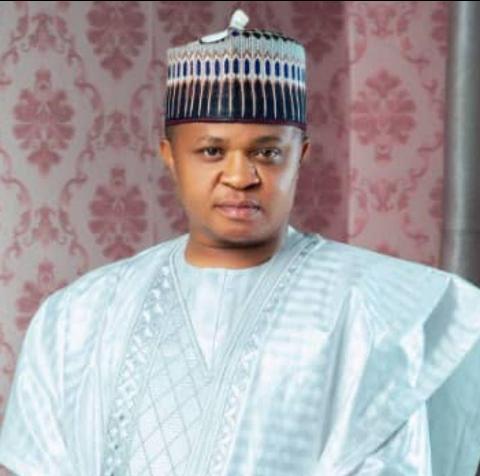 The Sokoto State chapter of the Labor Party (LP), has applauded National Campaign Directorate of the party for the appointment of Mr Ifeanyi Ezeagu as Coordinator of the Obi/Datti Presidential Campaign Council of the state, describing the appointment as a well deserved.

The commendation was made on behalf of the support groups in the state by stalwart of the party and leader of Sokoto State LP Coalition of Support Groups, Comrade Abubakar Yawale, who described Mr Ifeanyi as a patriotic and dedicated leader known for promoting Peter Obi in the state.

Yawale was reacting to some speculations going round on the social media that the Coordinator appointed by the campaign council is not know to the people of the state, which he said is baseless and purported by enemies of progress.

He said Mr Ifeanyi, who spent over 21 years in Sokoto state has contributed immensely to the development of the state through his various investments thereby employing hundred of youths and support the masses in many ways to earn a means of living.

He said, unlike the speculations made by some unscrupulous elements, the Campaign Coordinator is a man of honor and is contributing to the presidential ambition of Peter Obi since inception, adding that he donated campaign office and a lot contributions to the party.

“Mr Ifeanyi Ezeagu is well known in Sokoto State. He is a man of honor who contributes to the journey of Labor Party for long and still doing more. I know him to be in Sokoto for over two decades and has been a good man for the people. All his investments and assets are in Sokoto and he sees Sokoto as his home state. He started as a labourer to this level, so nobody can dare paint him black in the mind of Sokoto people.

“The man is hard working and we believe he can deliver. Considering his past records in the party and the role he play and ensuring that people accepted LP and Peter Obis in the state, we believe he is the right man for the job. He also offered campaign office for the party in Sokoto state,” he said.

According to the party stalwart, the unfounded speculations going round is not true, urging people to remain calm and work towards their success in the coming 2023 elections.

“We’ve moved on, and our Coordinator is busy with activities and strategies that will lead Peter Obi to victory in the coming elections. So we have nothing but good wishes for the general public. I urge people to ignore all the rumors going round about Mr Ifeanyi. Let’s concentrate on the task that is ahead of us, that is producing the Nigeria we want,” he added.

He also said members and supporters of their party are excited with the appointment of Mr Ifeanyi and promised to support him in all ramifications to the success of Obi/Datti presidential ambition.