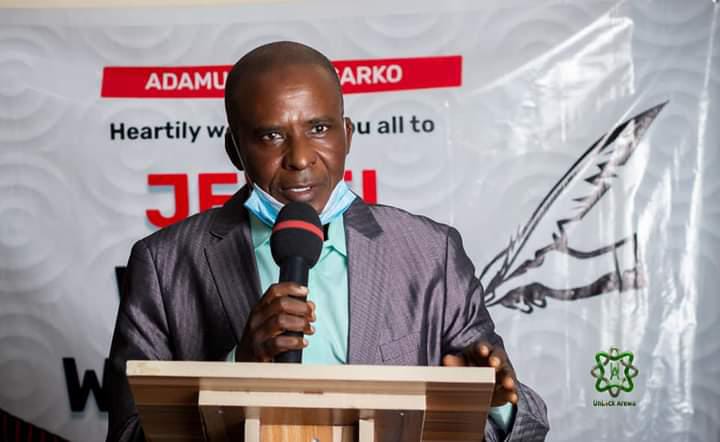 In a few weeks, the global internet community will meet at Addis Ababa, Ethiopia, at the 17th Global Internet Governance Forum to deliberate on the progress more in extending meaningful connectivity to the billions of people across the world who have remained unconnected by last year. While a number of countries have made startling progress, Nigeria has beyond the statement of attention, there has been no substantive progress in connectivity the unconnected.

Throughout the year, both in the media and through direct contact, CITAD has engaged the government via its relevant agencies such as the Ministry of Communication and Digital Economy, the Nigerian Communications Commission (NCC), the Universal Service Provision Fund (USPF), to come up with policies on community networks so as to create the space for communities to mobilize their resources and deploy community networks as a complimentary tool for bridging the connectivity gaps in the country,

Government has repeatedly stated its commitment to address the digital divide in the country. However, declaration a lone without action, cannot solve the problem. All those in the industry agree now that no one single mode of technology rollout and ownership can fit all situation in a country. This is why all countries that have succeeded in bridging their own internal digital divide have done so through the deployment of a combination of different owner types, including private, public and community ownership, to which community networks fall.

In Nigeria, as in other countries, private sector led technology rollout has failed to address the connectivity gaps as well as affordability gaps in the country, as demonstrated by figures resulting from the work of USPF that there are still about 114 clusters of communities that are either underserved or unserved and therefore experiencing connectivity challenges. The reason that the private sector cannot address this is that most of these clusters are either sparsely populated (with poor prospects for generating or even terminating tele traffic) or they are in terrains that difficult to reach, thus needing additional expenditure over and above the normal or have people who are too poor to afford the cost of connectivity. All these situations means that these communities are not profitable and thus not attractive to investors who put their money in Mobile network operators (MNOs).

It is in response to such instances of lack of profitability that global practice has developed various methods of connectivity bridging through the establishment and utilization of universal access fund. The universal access fund in Nigeria is provided in the law establishing the Universal Access Provision Find (USPF) that is funded through a special fund accruing from a profit tax of telecommunication license operators.

Although the USPF has a latitude as to how to address both connectivity and affordability gaps, it has often hoped to do that by subsidizing commercial operators rather than empowering communities to pool their resources, endowments, skills, capital to design, deploy and managed community-owned telecommunication infrastructure.

But as experience in both Nigeria and in other countries has shown that MNOs are not attracted by one off incentive from bridging authorities. Instead, they prefer a situation in which conditions are created for sustained return on investment.

Community networks not only help communities to create solutions for themselves but also create the conditions for more profits and return on investment for MNOs. This they do, first by facilitating the insertion of excluded people into the tele-traffic chain, thereby both generating and terminating traffic for the MNOs thar could otherwise have remained suppressed, thus bringing additional income streams for them. Secondly, experience has shown that one of the reasons why MNOs do not when gravitate to the one-off incentive is the cost of overall servicing of non-profitable infrastructure and sites for which the income from them is far less than the cost of maintenance. However, where are developed community networks capital exists, MNOs are able to hand over the management of their sites and infrastructure to communities to ran and manage on profit sharing basis and risk spreading. This frees the MNOs from having to spend on overhead on unperforming sites while communities are freed from investing in infrastructure. Another benefit is that by bringing these communities to cyber space, their community development potentials are enhanced through better and improved access to education, healthcare, business and entrepreneurial activities, etc and in their fuller participation in governance processes.

Government agencies are well aware of these. In meetings after meetings, both the minister and the leadership of NCC have expressed recognition of this and indicated their commitment to create the necessary framework for the seeding and sustenance of community networks. For example, in a meeting with a team from both CITAD and Association for Progressive Communications (APC) on 19 April 2021, the team of License Department of NCC not only expressed commitment but also requested CITAD to provide a background position paper on this and examples of policy frameworks from other countries. Both of these were done and delivered to them. Similarly, in a meeting with the Minister of Communication and Digital Economy later in September 2021, the Minister requested CITAD to submit to him a four pager on how to proceed with putting up a framework for community networks In Nigeria which CITAD did without delay. In December last year, when CITAD convened a consultative meeting of stakeholders of community networks, the Minister who delivered the Keynote Address through the Director-General, National Identity Management Commission (NIMC), affirmed the need for policy and ensured that such policy was going to be developed sooner.

This has the advantage that government does not have to invest funds in addressing affordability and connectivity gaps in the country.

Following this hardship, we experienced in trying to meet the current requirements, CITAD along with its partners decided to launch a signature campaign to request the relevant authorities to create a non-commercial license category as an additional tier of connectivity providers and to grant such licenses to all communities that are desirous of operate community networks and meeting certain minimum conditions. the signature campaign started last week and so far over 200 representatives of different communities from all parts of the country have appended their signature.,

In this effort, the media has an important role to play in helping to amplify the voice of the unconnected to allow them to legally address their own connect challenge by themselves. In this connection, it important that Nigeria creates category of community license as part of its commitment to address the digital divide in the country. While on their surface media has may not see connection with its work and community networks, however on reflection, it will understand how difficult it is to report news and reports in areas where there is no connectivity. In other words, addressing the connectivity gaps will enhance the practice of journalism in the country as it will open up areas that can be classified as difficult to report for the media.

The key message here is tell the government that it is in the overall national interest of the country to recognize and grant these community licenses. This should be done urgently even before the formal request by the signatories to the campaign is submitted. The Minister of Communication and Digital Economy should direct for the empaneling of a committee to develop the necessary framework for regulating and licensing of community networks while the telecommunication regulator, the NCC should move from expression of commitment to actual actioning by granting provisional licenses to communities that present their formal applications for such licenses.