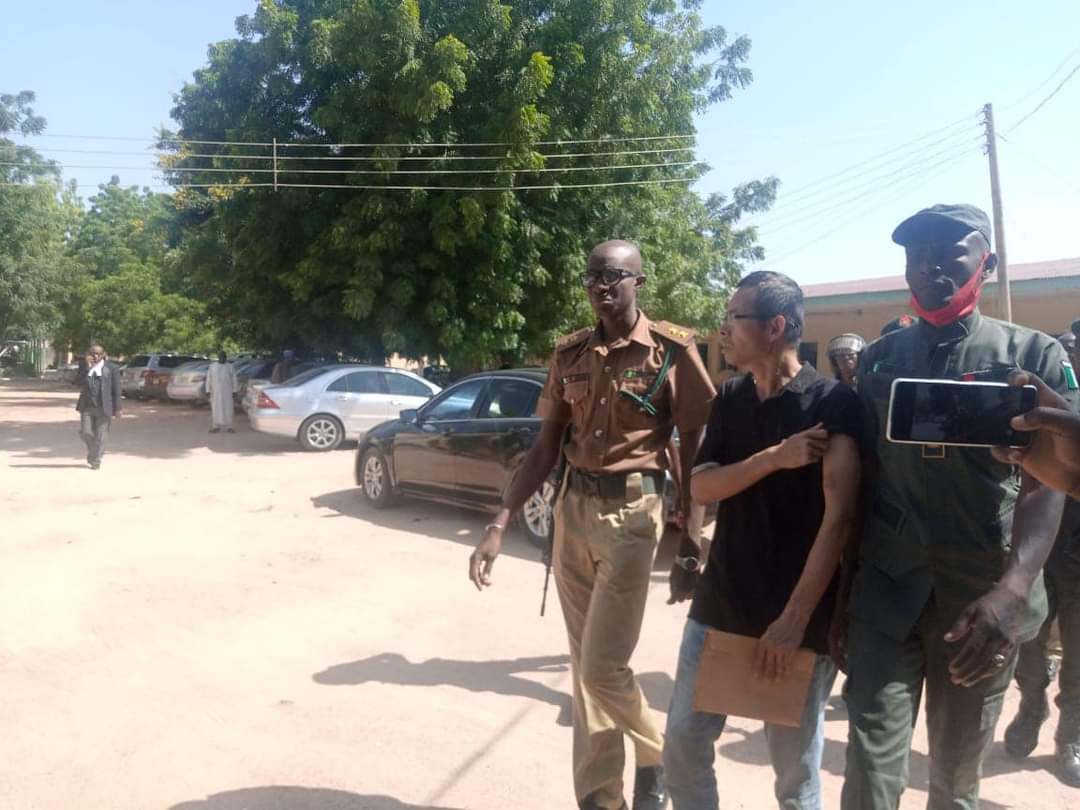 Mustapha Abubakar, a neighbour of slain Ummukulsum Sani, 22, on Thursday told a Kano High Court how he saw a knife stained with blood on the hand of a Chinese national Frank Geng-Quangrong, 47, on that fateful day.

Abubakar told the court that on Sept.16, he was receiving a call the network was bad so he had too come out of his house to continue the call.

“In the process I saw the defendant knocking the gate of late Ummukulsum’s house very hard. I approached him and asked who he was looking for, he said Ummukulsum, I told him to wait for them they will open the gate.

“Mr Frank went to his car, pressing his phone after sometime he came out and continue knocking the gate, I had to go to another place to continue with my call. Five minutes later, I came back and met the deceased mother outside seeking for help that they want to kill her daughter.

“I entered the house made and attempt to open the door, it was locked from outside, I jumped through their window and held the defendant colar from the back and saw a knife in his hand with blood stain.” Abubakar said.

“On Sept.16, 2022, I was in duty when a case of culpable homicide from Dorayi Babba police station was dispatched to our office at the state CID.

“As the team leader, i asked him what transpired between him and late Ummukulsum, the defendant said she got his number through his friend Asina in 2020.

“Ummukulsum called him that she has interest from him.

The defendant said he fell in love with her until in 2022 where she got married which lasted for two months.

“Ummukulsum was divorced and later came back to him, Sept.16, at about 21:00 he went to pick his dog charlie and was going out while Ummukulsum is with him outside she slapped him, pierce his finger and injure his left hand that he should go out or else she will call the police.

The defense counsel, Mr Muhammad Dan’azumi, while cross-examining the pw3 and pw4, asked Pw3 if the door was locked inside and outside or is it possible someone might have locked them inside.

“He also asked him how long the defendant had been coming to Ummukulsum house, Pw3 said he has been coming for almost a year.

Dan’azumi also asked Pw4 for how long has he been working and how many homicide case had he witness, Pw4 said he had been working for more than 20 years and this is the first homicide he had witness.

Justice Sanusi Ado-Ma’aji, ordered the remand of the defendant in a Correctional Center and adjourned the matter until Nov.18 for continuation of hearing.

Ummukulsum’s mother Fatima Zubairu,43 (PW1) and Her sister Asiya Sani,20, as Pw2 told the court how the defendant brought out a knife showing ummu and she was pleading with him and he later stabbed her on her neck.