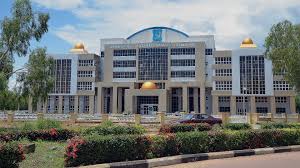 The Times Higher Education, (THE), of the United Kingdom in its 2023 World University assessment, has ranked Bayero University, Kano, BUK as Nigeria’s overall best university in terms of ‘international outlook’.

The university also emerged as number 1,016 in the Global Universities Ranking and 4th best in Nigeria.

According to the annual global ranking released on Tuesday, October 11, over 2,500 universities across the world submitted data for assessment and ranking in which 97 universities were from Africa.

THE is is one of the respected, largest and diverse university ranking organization in the world, which assesses thousands of universities in over 104 countries.

About 25 universities from the African continent, including Bayero University, out of the 97 that submitted data got a ranking status in the competitive analysis, while the remaining universities got “reporter” status only.

With its global ranking, BUK is now one of the best universities in Nigeria, coming behind University of Ibadan, University of Lagos and Covenant University as 1st, 2nd and 3rd best respectively.

In addition to emerging 4th in the national ranking, Bayero University is also the best University in the entire North- West, North-Central, North-East, South-East and South- South regions.

The report said the ranking was based on 13 calibrated performance indicators that measure an institution’s performance across four areas of teaching, research, knowledge transfer and international outlook.

Bayero University was rated as Nigeria’s overall best in terms of international outlook while it ranked 2nd best in the number of Students Full-Time Enrolment, SFTE with over 44.4% score and was rated 3rd in research in the whole country.

Reacting to the ranking, the Vice Chancellor, Professor Sagir Adamu Abbas, noted that this was a manifestation of the stakeholder’s efforts at ensuring quality and standards as well as improving facilities for enhanced teaching and research.

According to him, part of his determination was to make the university one of the best in this continent and among the best 100 globally. He vowed not to relent in this direction.

Also speaking, the director of Academic Planning Directorate, Professor Haruna Musa who coordinated the submission of data to the THE, commended the Vice Chancellor for all the support he gives to the directorate.

He also advised staff to improve their visibility on university website as well as publish their research work in reputable journals and engage on more collaborations with universities and industries at the international level.