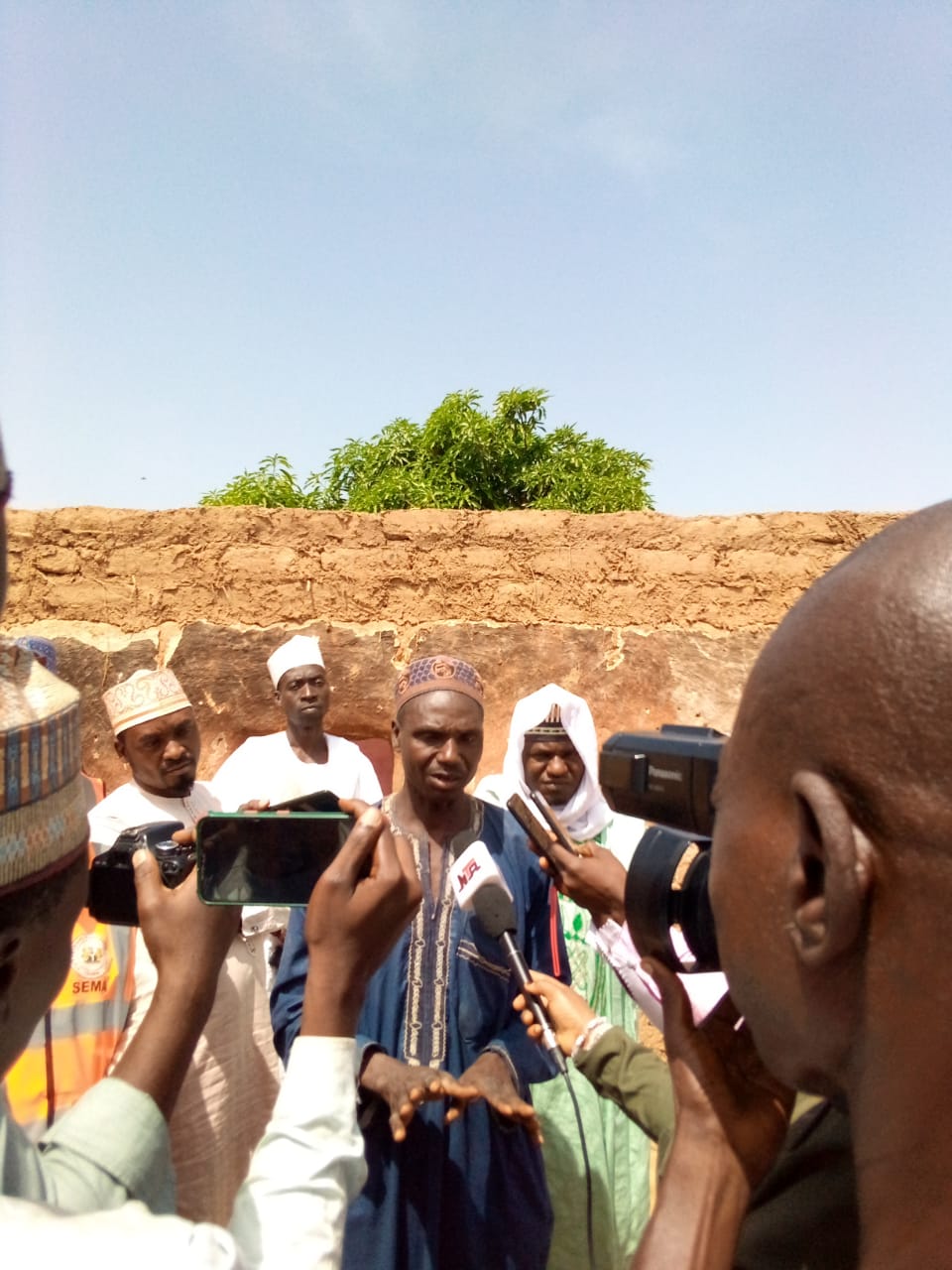 Reports indicate that over 200 people invaded the community at night where they went from house to house claiming to be looking for their stolen motorcycle.

Magaji Audu,45, who spoke on behalf of the 10 victims said some unknown persons ransacked his house carrying dangerous weapons such as sticks and cutlasses few weeks ago.

Audu further explained that the next day the attackers came back and set his entire house on fire while his family members escaped.

“The hoodlums carted away food items, chickens, turkey,farming equipments and destroyed ten houses within the village.

“We are suspecting our neighbors from Gidan Hudu community for the attack and those arrested were set free on bail, we are appealing to authorities to come to our aid”

Earlier, the Executive Secretary Kano State Emergency Management Agency (SEMA), Dr Saleh Jili, said they were at Dan Jamfari Village to symphatize with the victims and donate relief materials on behalf of Gov. Abdullahi Ganduje, with hope that the gesture would bring relief and alleviate their suffering.

He noted that the state government would no leave stone unturned, in fishing out the perpetrators to face the wrath of the law.

Jili said that the victims were attacked few weeks ago by unknown hoodlums for no reason and their houses were burnt down.

He said that the relief materials include 10 bundles of roofing sheets, 20 bags of cements, 10 pack of zink nails, rice 10kg 20 bags, 20 bags of maize and five bags of salt.

Jili reaffirmed the state government’s commitment to the protection of lives and properties of it’s citizens and charged residents of the community to live in peace and harmony for the development of the state and nation in general.

On his part, the District Head of Rogo who doubles as Wanban Karaye, Alhaji Muhammad Maharazu-Muhammad described the incident as unfortunate and commend the agency for the kind gesture.

Maharazu-Muhammad who was represented by his secretary Alhaji Bashir Tsoho,said the emir of Karaye Dr. Ibrahim Abubakar ll, had rendered all the necessary assistance to the victims and also reported the unfortunate incident to the state government.