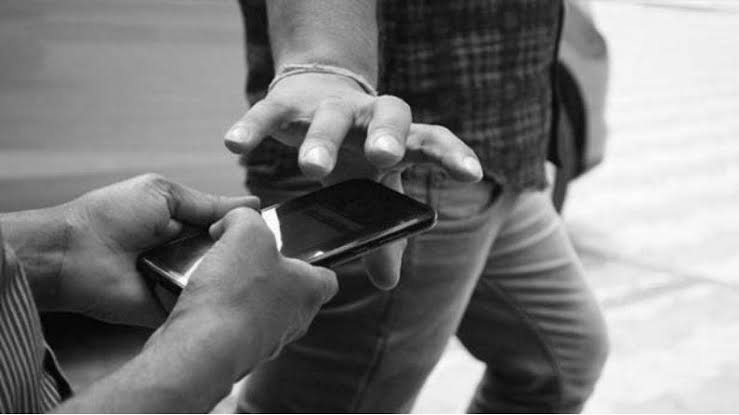 An operative of the Vigilante group at Gandu layout behind Kano trade fair, Daily Trust staff among others have foiled an attempt to strip off one Tasiu Jibril of his mobile phone.

The phone snatching attempt, thus successful, have left behind tricycle of the crime perpetrators with no plate number but KAROTA registration number TFA 3188.

Speaking to our correspondent, the victim, Tasiu Jibril said, “It was around 7:30 behind trade fair on my way to the office, they came riding past me on a tricycle, after they passed, they turned back and immediately two of them alighted.

“One of them wielded out a sword and the other fielded a sharp long object. I gave them my phone then the other slap my lap with the sword and get back on the tricycle.

“Immediately, I started shouting and the Vigilante guy came to my rescue, others also came out and followed them.”

On his part, the Vigilante officer, Sani Ibrahim Dangi said, “I was sitting at my work station when I heard him shouting ‘thieves’. I followed them then they started dodging, just by Daily Trust office, one of their staff helped in chasing them with his motorcycle. He succeeded in making them flew leaving behind their tricycle by Dangi bridge.”

Also speaking, Daily Trust marketing staff, Isa Abdullahi who chased the crime perpetrators said, “as I was about entering the office, I saw them running past and the Vigilante guy following them. I then immediately used the company’s motorcycle and followed them.

“While I was following them, I kept shouting, they removed weapons and started showing me but I did not relent until we arrived Dangi bridge.

“They hit me to the ground, I stood up and kept following them until they gave up when some tricyclist tried blocking them and flew away leaving the tricycle. They stabbed some people and find their way.”

The Tricycle was taken back to Daily Trust office where the police were called and Police Officer Danmarka Sunusi of Kwalli division took the Tricycle to the station for further investigation.