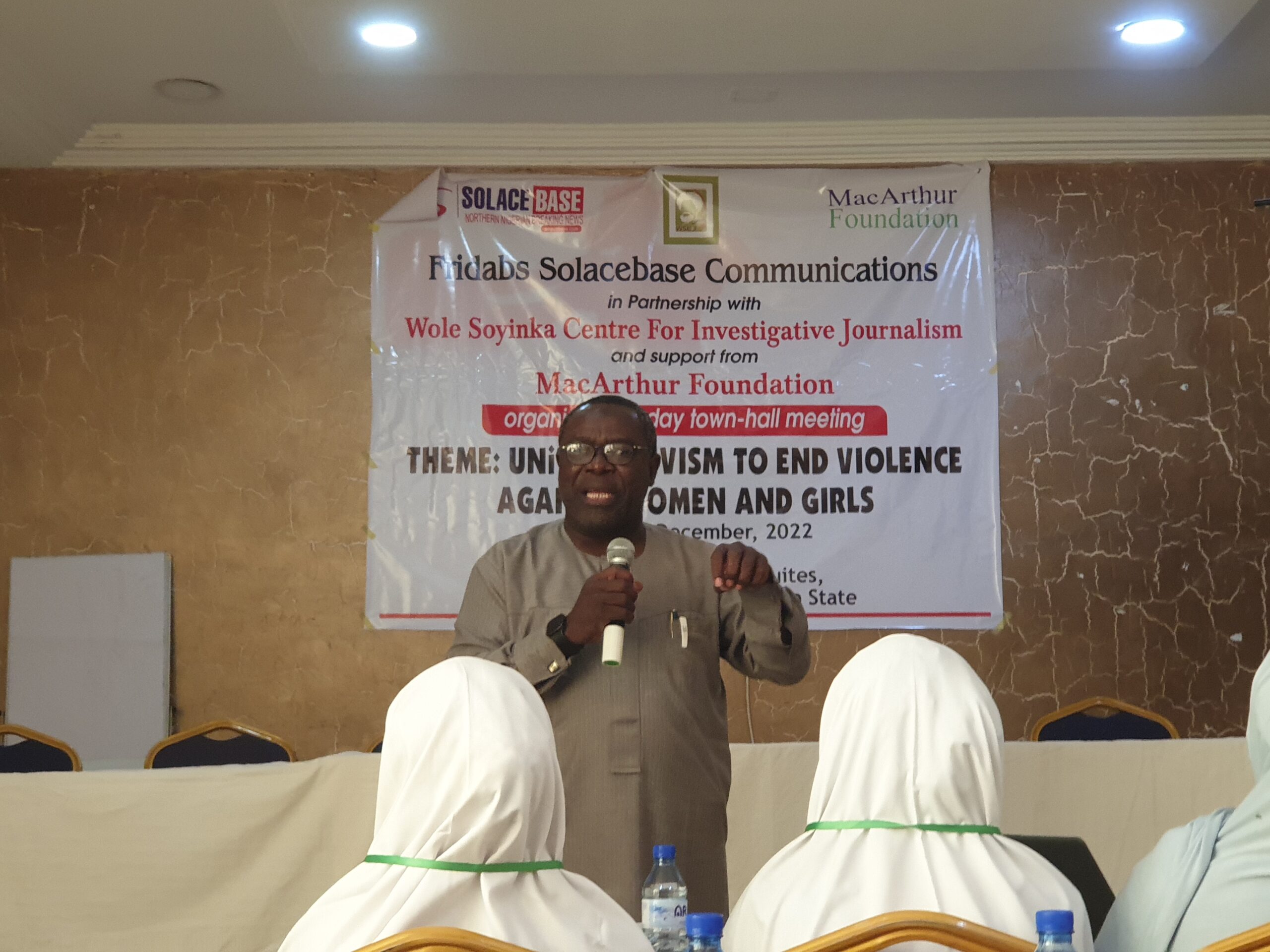 The Sexual Assault Referral Center (SARC-Kano), known as WARAKA, has said that the culture of silence and fear of stigma from the various victims of women abuse cases is the reasons behind increase in violence against women in the country.

Admin Officer of the center, Abba Bello Ahmed stated this at a One Day Town Hall Meeting on ‘Unite! Activism To End Violence Against Women And Girls’ which is organized by Solacebase Communications and WSCIJ with support from MacArthur Foundation, in Kano on Thursday.

Ahmed said because people are afraid of the consequences that will follow and their effort to protect the image of their family, ended up endangering the victims and also encourages the perpetrators to continue with the bad act and even invite other violators.

“There are a lot of consequences and implications with regards to the issue of not coming out to report these cases. It doesn’t just limit it to how it affects the wellbeing of the person being abused or the survivor, also the society suffers from that, as it brings the community back. Is like adding the number of perpetrators which will go a long way in increasing the cases.”

He said the government and entire stakeholders should put the right framework to punish the offenders and also employ the right mechanism to protect the victims, as only that will motivate them to speak out whenever they are abused.

“People are afraid to speak out because the offenders may not get a punishment that will deter others from repeating the same offence. That is why we want the system to change. Let there be a right legal framework. The responding agencies should always ensure that offenders are punished and also ensure that the victims are being taken care of in terms of their dignity in the society,” he said.

On his part, the state Coordinator of the National Human Right Commission, Shehu Abdullahi said they receive 1360 complaints and that 1300 of the cases are issues of Gender Based Violence which signifies that the number is rising day-by-day.

He said “One of the ways in which we can address the challenges is prompt action and immediate prosecution of the perpetrators. So many girls are going through traumatic situations and it sometimes results in mental disorder if not death,” he said.

Earlier speaking, the Chief Executive Officer and Publisher of Solacebase Communication, Abdullateef Abubakar Jos said in order to eliminate violence against women and girls there is need for people to break the barriers and fight the fear of speaking out to seek for help, hence the need for organizing the event.

“We thought that there is need to engage stakeholders to discuss and fine tune ways to address the challenges and prosper solutions to the menace of violence against women,” he added.