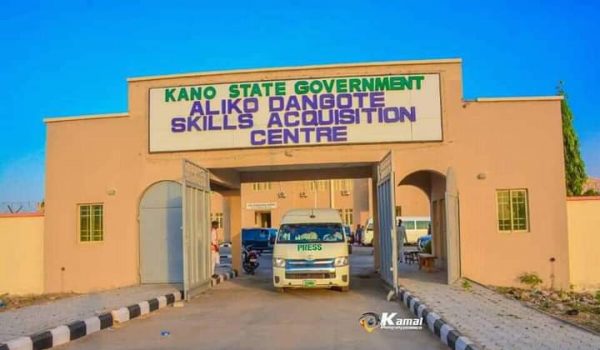 There is rising concern in Kano, as 300 students of the Dangote Ultra Modern Skills Acquisition Center, constituting more than half the total number of trainees were expelled.

The students, who came out in mass protesting against what they called ‘illegal’ termination of training without following due process were at the state House of Assembly and Emirs palace accusing the centre Director General, a foreigner, Paul Quin of jeopardy.

The procession led by one the expelled students, Abubakar Isma’il DTurawa seeks the intervention of all authorities concerned and take them back to school.

“Following our effort to obtaining the success of the centre in securing a certificate to proceed with training and her becoming a duly and fully accredited centre, we found ourselves erroneously expelled.

“We are pleading with the government to kindly intervene and take us back to our centre for us to complete our training and benefits from all the packages planned for us.”

The protesting students added that they recognize and appreciate the effort of Kano State Government in establishing the astronomical centre, and the chances given to them out of good will of palliating poverty as well as furnishing self-employment opportunity among Kano Youths.

Daily Trust contacted the centre’s Director General, Paul Quin who is accused of illegally expelling the students but he is not attending to calls and text message sent to him.