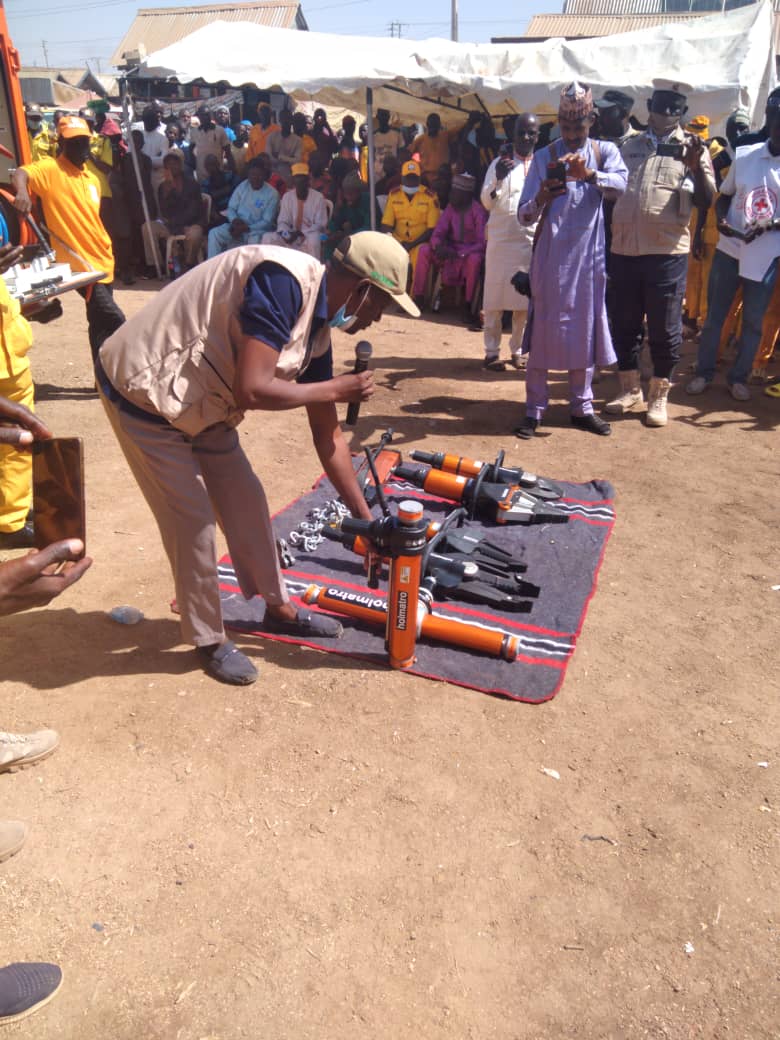 The National Emergency Management Agency (NEMA), in collaboration with the Federal Road Safety Corps (FRSC), on Friday embarked on sensitization campaigns to minimize road traffic crashes during the Yuletide celebration in Kano.

Speaking at the Flagg Off of “2022 Operation Eagle Eye”, the Director-General of NEMA, Alhaji Mustapha Habib, said the exercise was to sensitize motorists and commuters on the dangers of over speeding and reckless driving to achieve safer roads in the country.

According to him, the exercise was to support the effort of FRSC in order to minimize road crashes.

“NEMA is always ready to cooperate with other critical stakeholders, especially in disaster management to curb the menace of road traffic crashes.

“Our personnel would be placed in strategic areas and equipment for response to road accidents and other dangerous acts to ensure safety on highways before, during and after the Yuletide’

On his part, Kano State FRSC Sector Commander, Mr Zubairu Mato, called on drivers to always obey traffic rules and regulations in other to save lives and property and also to protect their vehicles.

He urged motorists to avoid dangerous driving, overtaking and overloading as well as the use of mobile phone while driving.

“Our aim and objectives are to make sure we record zero tolerance in road traffic crashes, especially during this Yuletide period”

NAN reports that search and rescue extrication equipment was displayed to motorist on how to rescue trapped victims during accident and leaflets were distributed to motorists along Kano-Zaria Road and Kwanar Dawaki motor park.

The News Agency of Nigeria (NAN) also reports that officials of NEMA, Nigerian Red Cross, FRSC, NSCDC, NURTW and Nigerian Police, among others, were present during the Flagg Off.